Orca Aware’s Suzie Hall, has spent the last year travelling the Americas. One of her highlights was seeing the orca of Punta Norte, within the Peninsula Valdés in Argentina. Here’s her account of the first time she witnessed their unique hunting behaviour! 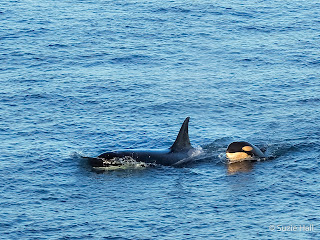 Waiting at the viewpoint in Punta Norte, binoculars and camera at the ready, I could hardly believe I was about to see something I'd dreamed of for so long: The Punta Norte orca. Some five minutes before, the rangers received a radio notice that there was a group of five orca approaching from the north...


I heard them first; the unmistakable ‘pfooo’ of an orca blow, which I’ve come to recognise so well. All heads turned to spot glistening droplets of water falling gently back to the water’s surface. The chatter and excitement of the hopeful crowd had ceased in anticipatory silence, and a collective breath was held as we patiently waited. The morning light and calm skies rendered the ocean a softly undulating mirror and we caught our first sight. Two, then three, four, five unmistakable black fins carved their way through the silvery pool, as if in slow-motion. Approaching high-tide, the ocean was only 20 metres from the viewpoint, almost level with the eye, and the orca were cruising adjacent to our perch.

Their dorsals grew closer, with louder 'pfoooos' echoing in quick succession as, one after the other, they each took a breath. We could see large, round heads and white eye-patches preceding smooth backs and shimmering saddle patches mere metres away.

No one uttered a word as we watched the group swim gracefully by. For a few moments, all we heard was the orca breathing, the waves lapping at the shore and the click-click of camera shutters. It was a remarkably peaceful scene.

The Punta Norte orca are arguably one of the most distinct of all orca populations, intentionally stranding themselves to catch their prey. Only in Argentina and the Crozet Islands have orca been seen to exhibit this behaviour, and only a handful of orca in each population actually hunt using this technique. This truly makes it one of the most fascinating natural spectacles to witness. 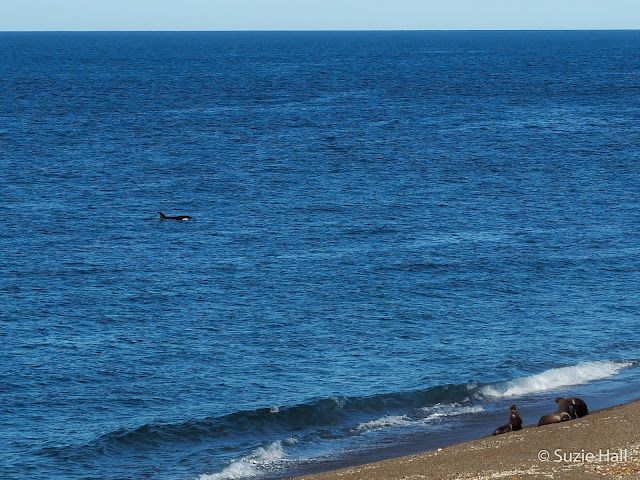 The orca time their arrival at these beaches with the South American sea lion and elephant seal pupping seasons. They are waiting as the pups venture away from the safety of their colonies, splashing into the water for the first time and taking their first swims along the shore.


This particular group cruised the entire 200 metre length of the viewpoint, very close to the shore. I watched an impressively large male (called “Jaluel”) swim beside two smaller fins as they made their way south towards the “attack channel”. A group of juvenile sea lions, swimming towards the viewpoint at the same time, were frolicking lazily in the pull of the waves. They were naively unaware of the unmistakable outline and silhouette of an orca approaching from only a few tens of metres away. There was no break of the water by a dorsal fin, no audible ‘pfoooo’; just a silent, deadly figure in a single wave for a heartbeat of a second… and then it was gone. 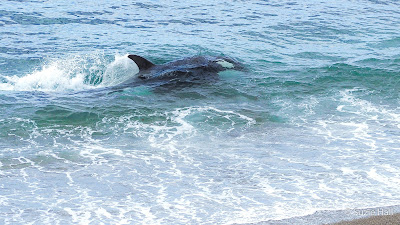 I watched, expecting the crash – the sound of orca and pup colliding in a bloody frenzy. I watched and I waited. I watched until the pups reached the spot where the orca had been, until they were directly in front of me, until they had swum right past in a northerly direction. Disappointed, I allowed myself to take a breath. It was over before it had even begun. Or so I thought.

From the corner of my eye, I glimpsed the sharp, black edge of a dorsal fin slicing through the water, tailing the pups with increasing speed. They were closing in. As the pups sensed danger, they sped up, but it was already too late. The orca had accelerated, launching itself into the group, timing its attack perfectly with the breaking wave. There was a lot of splashing, frantic crying, and the entire body of an eight-tonne orca tore the water apart as it charged right out of the ocean and onto the sloping beach. I couldn’t tell whether it had a pup, I was too shocked and awed by the powerful display in front of me to take in all of the details. 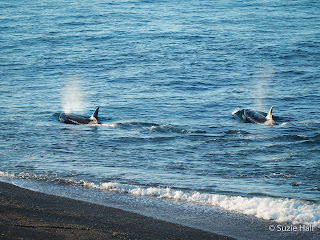 A juvenile orca surfaced offshore followed by two more until they formed a tight-knit group again. They had the pup.

For what felt like an age, they splashed and clashed and chased their prey, taking it in turns to lurch out of the water, flip it with their mouths, slapping their tails; putting on an incredible show in their natural, wild environment. I can only imagine it didn’t play out too well for the sea lion pup, as the orca began to calm. Now satiated, they turned south to join their kin.

I remained on the peninsula just shy of a month, making my way to Punta Norte every day to see the orca. And almost every day they came. Although their feeding behaviour is well-studied and “predictable” during this season, no two days felt the same. My wonder at observing them never dwindled.

For part 2 of my Argentine adventure, I will be shining a further spotlight on this orca population and its individuals, as well as letting you know when to go and how to get there! 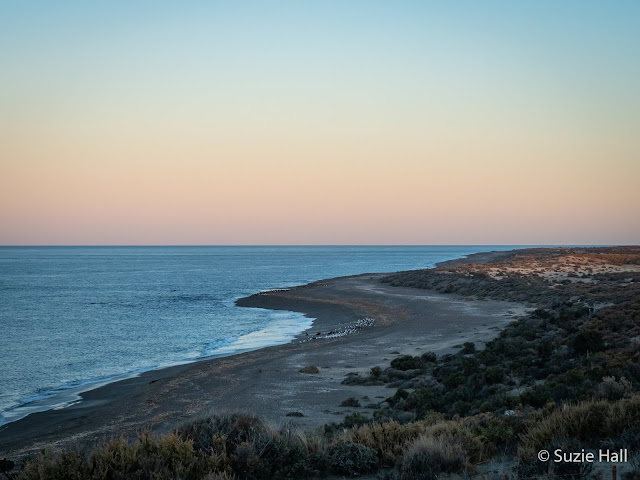