A Summer of Research at OrcaLab

Ever since I can remember, I’ve wanted to work with orcas. Admittedly, my childhood dream was to ride around on the back of my orca best friend in a very ‘Free Willy’-esque fashion, but as I’ve grown older the dream has been reworked into something more realistic. Over the years, there has been more and more evidence to show that keeping orcas in captivity causes them physical and psychological damage. Whilst the debate between experts and the industry still rages, and marine parks either move forward or continue to defend their decision to keep captive orcas, my mind is set: These creatures should be kept out of tanks and free to hunt, travel and socialise in the wild. That’s where the research should be done, and that’s what I want to do. 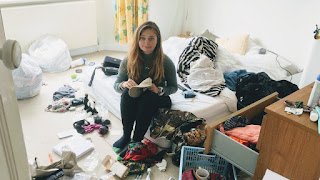 Over the past few years I’ve crammed in as many qualifications, courses and lectures as I can manage in an attempt to make myself useful within the world of orca research and conservation. I have still never seen an orca in the flesh, which is becoming a bit embarrassing given my not-so-subtle obsession.

Five months ago, I received an email from Dr. Paul Spong and his wife, Helena Symonds, inviting me to visit their research station, OrcaLab, off the coast of British Colombia, Canada. To say I was excited is an understatement, (I was so excited I managed to tell everyone I was going to visit without actually emailing back to accept their offer!). And now I am finally beginning my mega journey from the UK to the northern coast of Vancouver Island – a 72+ hour journey.

So what does one need to pack for a summer of orca research?

Due to a stellar effort by myself, my family and the Internet, I’m now confident that I have everything I need… 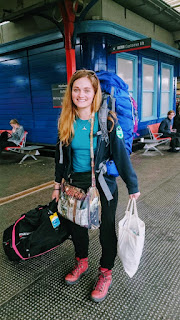 In addition to my giant backpack, (which has its own mini backpack), I’m also transporting all 20kgs of my SCUBA diving kit to the island to assist with maintenance of the underwater cameras and microphones. In hindsight, attempting to carry 40kgs of luggage on a three-day journey, complete with a long-haul flight, an overnight stay in a hostel, a ten-hour bus journey and two ferry crossings may have been slightly optimistic… But it’s too late now. Let’s hope someone on the team is a trained masseuse.

OrcaLab is situated on Hanson Island, a largely uninhabited island off the north-eastern coast of Vancouver Island. Over the summer months, Paul, Helena and their team monitor the Northern resident orcas that inhabit the area, along with the humpback whales that also frequent the Straits. The transient (or ‘Biggs’) orcas are also studied as they often make an appearance in the area to predate on smaller mammals. The lab includes a network of hydrophones (underwater microphones) covering about 50km of the orcas' habitat, which collect acoustic data and photographic images 24 hours a day.

And OrcaLab is completely off-grid: powered by solar panels and generators. This means that any luxuries are few-and-far between; we’ll be travelling to the nearest town (Alert Bay, on a neighbouring island) every 1-2 weeks for food and laundry.

OrcaLab is a unique research station and the work it conducts is essential for the preservation of orcas and other marine wildlife. For me, this is the experience of a lifetime and, I hope, the first of many orca-related projects. I cannot think of a better place to see my first orcas than among the verdant islands of British Colombia, and I hope that I will prove myself useful to the research at OrcaLab. I would also love to see orca ‘Springer’ who is part of the Northern resident community, as she is the first orca I adopted at the tender age of nine. Springer has also just been spotted with her second calf following her release back into the wild fifteen years ago, after she was rescued.

Over the next few months I will be sharing my experience of OrcaLab, the orcas and the beautiful coast of British Colombia - so stay tuned!

For a short history of OrcaLab and its research, please read our interview with Dr. Paul Spong.
at 20:28:00